Australia has a lot of sunny days, so it would be a waste not to use all that solar energy. Solar inverters are an extremely effective tool that allows households to not only reduce their electricity bill but also their carbon footprint. There are definitely a lot of benefits to using solar inverters and solar systems, as we’ll show here today. They’re incredibly useful in the long term as they allow you to live entirely off the grid so that you can be absolutely independent in terms of electricity.

Even though the solar inverter isn’t exactly an inexpensive device, it’s absolutely amazing for reducing overall costs in the long run. The main reason for this is because solar systems use the energy from the sun, which for our purposes is infinite. That’s a huge contrast to fossil fuels that are inherently finite. This means that the main cost is almost entirely upfront, barring the very rare replacement part, which needs to be mentioned that is incredibly rare. So the main reason people use solar inverters is that once they’re installed, the electricity bill becomes non-existent. In the long run, these things pay for themselves.

People that are tied to the grid might not have the high initial cost of installing solar equipment, but they are completely bound to the whims of the electrical grid. That means they are at the whims and mercy of countless external factors, including human error so that they’ll have constant power. If something happens to the grid, then the people tied to that grid will no longer have power. Fortunately, living off the grid with solar energy means that will not be a problem at all, period. The only thing that you’re dependent on in that situation is the status of your solar equipment, which you will be doing regular maintenance on, anyway. Solar inverters are advanced equipment, but thanks to their low maintenance requirements, you’ll never have to suffer power outages ever again.

Ideal for Rural and Urban Areas

There is a common misconception about solar energy systems are only viable in specific areas, most notably only rural ones. That misconception comes from the fact that solar systems used to be significantly larger in the past. Nowadays, technology has greatly advanced, so the technology and electronics used in the panels are much smaller, allowing you to have much more efficient solar systems that take up a smaller space. This would allow you to install solar systems in pretty much all areas, either urban or rural. Of course, they wouldn’t work in areas where the sun isn’t that strong, but that’s not a factor when it comes to choosing rural or urban areas.

Arguably the biggest advantage to using solar inverters is that the energy they produce is entirely green is safe for the environment. Fossil fuels are inherently dangerous for the environment, and no matter the new standards introduced to lower greenhouse emissions, they will always pollute our planet. Solar systems produce energy from the sun, which is not only 100% safe, but also completely sustainable. It won’t deplete anytime soon, and it doesn’t pollute at all. So if you’re looking for something that’s safe for the environment, there is literally no better option than solar energy.

Most people are usually turned off when they’re installing new equipment that turns out to need a complex installation. Luckily, that’s not at all the case with off grid inverters because their installation is very easy. It’s definitely not plug-and-play, but it’s not complex at all, either. You might need some tools that you might not have at the moment, but any person that’s at least handy with tools could potentially install solar inverters on their own. Even on-grid inverters have complex installations because they need to be tied to the grid, which can take additional time and money, which you’ll save by installing off-grid ones.

Although both types of solar systems work on the same principle of converting solar energy to electricity, there is a significant difference in how they operate exactly. Off grid inverters are ideal for those that do not want to be tied to the grid at all. They can be ideal for pretty much any location, as they store electricity in large batteries that can be used both day and night. They’re great for people that want to live off the beaten path, in cabins, or simply off the grid. On the other hand, on-grid solar systems are great if you want to have a lower carbon footprint, although not as small as with off-grid ones, but still make sure that you never run out of power. With them, you’re always using the sun’s energy when it’s available, but still use the grid’s power in case it’s cloudy at the moment.

Frankly speaking, there aren’t a lot of cons to using solar energy. However, the existing cons might be off-putting to some. The main one is the high initial cost. Solar systems aren’t exactly inexpensive, and such a high price might be more than some could afford. They also take up space that typical on-grid installations do not. Even if you could afford the initial cost, if you don’t have the space to put the panels, then you won’t be able to use them. There is a trade-off where you might install fewer panels, but that means you might not have enough electricity to power everything. Finally, if there’s any hiccup in the system then you’re most likely out of power and left to your own devices. While you can always defer to professionals, that means it’s your responsibility to fix the system, in case there’s a problem. Overall, these aren’t cons for every single person, and they are few, so if you’re not worried about the above, you’re definitely going to enjoy having solar power at your disposal.

Gluten Free Gift Baskets for Everyone to Enjoy September 2, 2021 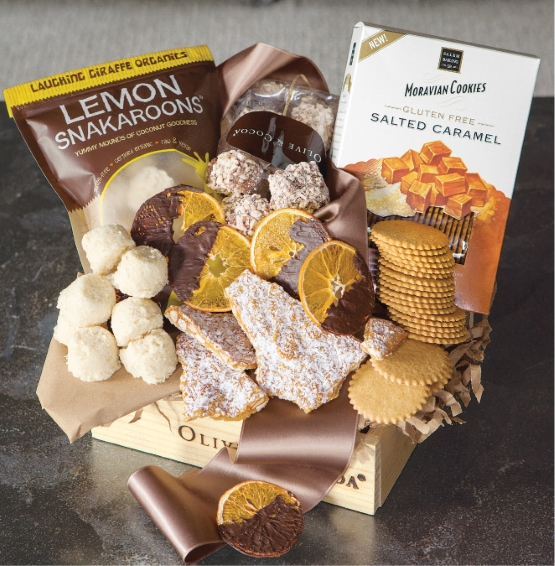