So, whenever the crank rotates, the camshaft rotates alongside it. This is because the two parts are linked together, ensuring the valves open and close at the right time based on the position of the pistons inside the bore. This ensures optimal combustion and efficiency for the engine. When combustion happens inside the engine, it exerts pressure on a  piston, moving them down the bore, which in turn rotates the crankshaft, pushing other pistons up. This happens thousands of times per minute. The rotational power of the crankshaft is transferred through your vehicle’s flywheel into the transmission, which is then transferred through the transmission gears to the wheels.

Things to Consider When Buying a Crankshaft

Buying auto crankshafts can be a tedious process. The right crankshaft for you will depend on whether you’re looking to rebuild your engine in its original form, or upgrade it alongside other internal parts. Choosing the right auto crankshafts for your vehicle is rather simple – you just have to figure out your vehicle’s model, make and VIN. This will provide you with all the information you need about finding the best-suited OEM replacement. OEM crankshafts are forged or cast. Forged units are the superior choice, as they’re stronger. However, the best choice is billet crankshafts. This type of crankshaft is made out of a single piece of large metal to provide ultimate strength, grain flow and finish.

Since the crankshaft is the heart of the engine, replacing it isn’t quick and easy. It typically requires a complete overhaul and can only be done with the engine out of the car. That being said, your vehicle will probably be off the road for a few days depending on how much you intend to replace or fix.

First, you should mount the engine block on an engine stand or set it on a workbench. Then, inspect the bearing caps which are numbered consecutively, going front to back on the engine. The caps should have arrows that point to the front of the engine. If needed, use a stamping die set to mark each cap so you can place them back in the same location and position. Rotate all the bearing cap bolts a quarter-turn counterclockwise at the middle of the block and work toward the front and rear until you can remove all the bolts using just your hands. Then, use a short socket and breaker bar, and keep all of the bolts organised so you can easily place them back in the original spot later.

Next, gently tap the bearing caps to dislodge them before removing them. Keep the main bearings attached to the inside of the caps when you remove them. You can now remove the crankshaft from the engine block and set it aside in an upright position. This will prevent its weight from weighing down on the unit’s centreline. Place the bearing caps back in the original position on the engine block and place the bolts finger tight where they were.

You’re now halfway through! Take the crankshaft and engine block to a machine shop for inspection, cleaning or reconditioning. Place the engine block on a workbench or engine stand, and install the new bearings on the engine block with the small bearing tab placed properly on the recess of the block saddle. Align the small oil holes on each bearing with the oil hole on the saddles. The centre bearing comes with built-in flanges on both sides to control end play.

Then, coat the faces of the new main bearings with a thin layer of moly-based grease. Coat the journals as well. The journals are the spots where the bearings rest on the crankshaft. Place the crankshaft on the engine block carefully, and install the other half of the bearings on the main caps. Align the bearing tabs with the recess on the cap saddle and coat them as well.

Furthermore, install the bearing caps in the right spot on the engine block. Make sure the numbers run consecutively from the front to the rear and that the arrows point towards the front. Then, install the bearing caps mounting tightly. Torque them alternately in 3 steps starting at the centre and working your way to the front and back of the engine using a torque wrench and short socket. Check for the correct torque in the service manual.

Lastly, tap the crankshaft ends back and forth a dozen times using a brass hammer before retorquing the main breaking cap with a wrench and short socket. Install the pulley bolt at the front of the crankshaft tightly, and rotate the crankshaft a few times to check whether it’s bound using a breaker bar and socket. 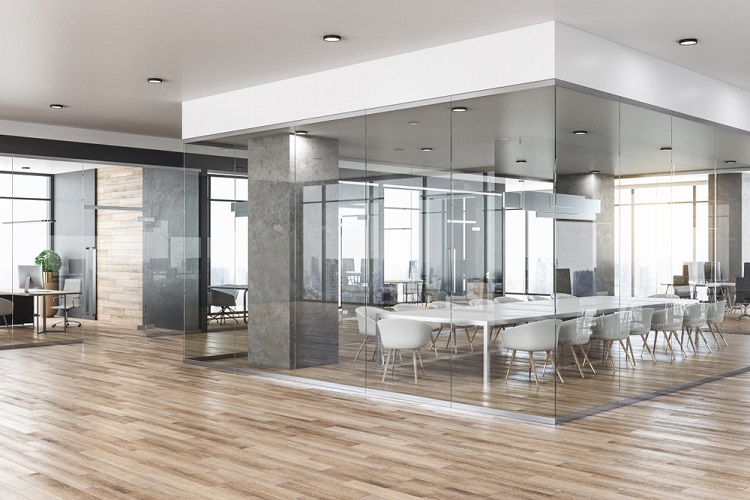 The Difference Between LVT and VCT Commercial Vinyl FloorJune 8, 2022

Storage Sheds: The Perfect Addition to Your Backyard June 8, 2022