Anatomy of Exhaust Upgrades: What You Can Expect to Get from an Exhaust System Upgrade - Share A Word

It wouldn’t be incorrect to say that over the last half-century, Toyota’s Hilux has grown to epitomize everything that utes are supposed to be. They’re tough, reliable, and for all intents and purposes, they’ve proven themselves to be every bit as indestructible as they were rumoured to be.

More than 30 unique derivations of these versatile machines have breached Australian shores in that time, filling every role from faithful farmhand and family haulie, to professional off-roader and drifter. Whether it’s in the city or in the bush, they’re time-tested features of the continent’s automotive landscape; but, there’s no rule against making these great performers even better.

Like most turbo diesels, they’re underpowered. And it’s not because Toyota’s engine lineup can’t produce the power: it’s because of restrictive exhaust systems. An engine has to do more than just breathe to make power – it has to be able to exhale too – so let’s look at what it takes to get a Hilux to exhale the way we know it can.

Automotive exhaust design is a science; and woe to the individual who thinks it can be reduced to simply bolting up the largest pipe possible to deliver the largest power gain possible. A larger pipe is indeed what we’re after, but a properly tuned Hilux exhaust upgrade needs to take much more into account than just the size of the pipe. In fact, if you’re considering upgrading the exhaust on one, you need to consider everything that you want out of a new exhaust in the broadest possible context. Of course, you want a system that’ll balance power and performance gains against fuel economy, but you also want one that:

· Is heat-treated to reduce thermal transfer;

· Produces a nice, throaty audible; and,

It sounds like a pretty big bill to fill, right? Well, it isn’t. It just means getting to the basics of what every exhaust system upgrade should offer. Fortunately for us, an upgraded Toyota Hilux exhaust is going to be just as capable as an original.

The Anatomy of an Upgrade

If you’re still wondering just how upgradeable Hilux exhaust systems are, then let’s go down the list.

No Rust, No Problem

A good exhaust starts with great hardware; and a 3” diameter pipe manufactured from 409 stainless steel, 12mm flanges, gaskets, stainless fittings, and a 5-year warranty is a great place to start. Depending on your engine size, that’s a ¼” – ½” larger diameter pipe than the factory Toyota Hilux exhaust system from either the turbo or diesel particulate filter (DPF) back. It also weighs less, won’t rust, and uses all the factory mounting hardware. Needless to say, it’s an upgrade that you can make yourself in an hour with only basic tools.

Exhaust systems generate incredible amounts of heat, and heat is the enemy of power, performance and economy. Exhaust temperatures are typically well north of 200°C even after the turbo or DPF, which is why you want a system that’s been completely treated with heat-resistant enamel. Less heat means less power-robbing turbulence inside the exhaust pipe, as well as less heat being radiated up through your floor. That’s the proper way to move exhaust.

Get Bent. Mandrel That is

If you can imagine your exhaust system being its own closed environment, then you can also imagine how even the slightest variations in the pipe’s inside diameter affect the high and low pressure, as well as the velocity of the gases that the engine’s trying to expel. Instead of the compression bent piping that’s used on factory Toyota Hilux exhaust systems, your upgraded system is going to be mandrel bent pipes. Mandrel bending allows the pipe to be shaped and curved without needing to alter its internal diameter. The gases get out quicker, the engine exhales better, and you’ll instantly notice the difference.

What do you think is the first thing that you (along with everyone else) are going to notice after upgrading your exhaust? It’s the sound, and let’s be honest: everyone loves hearing an exhaust system with the perfect bass tone. It’s the job of your muffler or resonator to keep that music coming, and a stainless steel unit with high-flow internals is what an upgraded Hilux exhaust system is going to have. Some systems, however, have neither a muffler nor a resonator and flow directly to a straight pipe. What’s the difference, you ask?

· Mufflers. These units are designed to reduce the volume of a vehicle’s exhaust across the engine’s complete RPM range.

· Resonators. These units are designed to nullify the tone of a vehicle’s exhaust only through certain RPM ranges.

· Straight pipes. A straight pipe offers no type of exhaust noise reduction at all.

Australian Design Regulations (ADRs) are peculiar about noise emissions, and different engine/pipe/muffler combinations inherently produce different sound levels. Retailers do offer ranges of pipe combinations, though, so when you’re looking at the various types of Hilux exhaust for sale, you’ll want your retailer to confirm precisely how many different options are available for your engine.

If for no other reason, the most compelling reason to start your search for power with an exhaust upgrade is its cost-effectiveness. Toyota engines – even their diesels – are capable of producing frightening amounts of horsepower once they’re unleashed, but it’s a route that typically involves larger turbos, power chip and ECU tuning, intercoolers, and a host of other costly goodies. Simply upgrading your Hilux exhaust costs only a fraction of those other mods, and gives you an immediate double-digit percentage increase in power. Let’s face it: it’s hard to beat that kind of performance payout.

At the end of the day, there’s no denying that the Hilux is as iconic as any ute that’s ever made its way across Australia. Its powertrain is legendary, which is why a Hilux exhaust upgrade makes such perfect sense. With an exhaust upgrade, there’s no easier, more straightforward way to bring out some of the performance potential that these hardy vehicles are itching to turn loose. And suffice it to say, if you’re a Hilux owner, it’s an investment you’ll be very glad that you made. Welding Pliers: The Different Types and How They Make the Welding Process EasierJuly 6, 2022
Tips for Safely Using Your Hiking Poles July 6, 2022 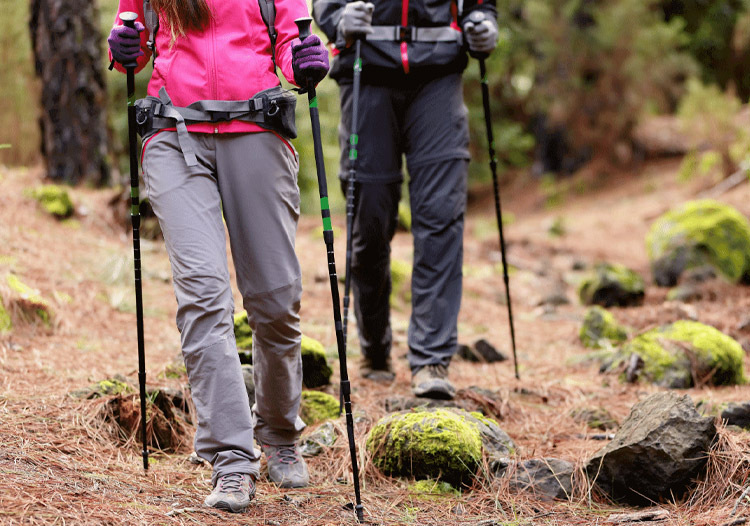